A very central part of a golf player is the clubs you will use when you play. In this topic I will show you an easy way what clubs there is to choose from and some good stuff to know when you will buy your first set of clubs. 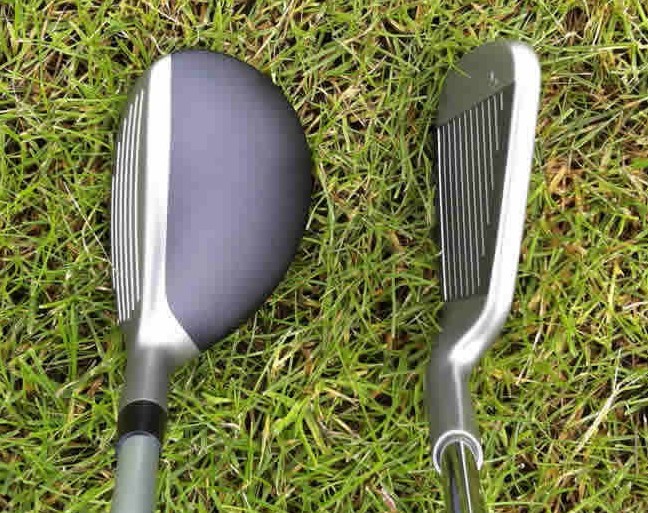 As you can see in the picture, the wood club is shaped on a different way that the iron clubs

( I will come to that later)

Here there is a big club head (The part you hit the ball with) It has a big depth. The depth is the length from the striking face to the rear part.

The club head is made from titanium or steel were titanium is more expensive and often better.

The most famous club is the driver which is used on the “Tee” (first stroke on each course) What will determine how far you hit with a club is the shaft and how much loft (angle on the club head) you have. Longer shaft means higher swing when you hit the ball.

A disadvantage with a longer shaft is that it will be harder to hit the ball straight, which means that you can’t have any length on the shaft.

Here is a instruction video teaching you the golf swing.

Because it’s supposed to hit the longest it is the club with the longest shaft and lowest degree of loft. The loft is between 6 – 12.5 degrees usually. What loft that will fit a player varies to many factors that are pretty advanced. 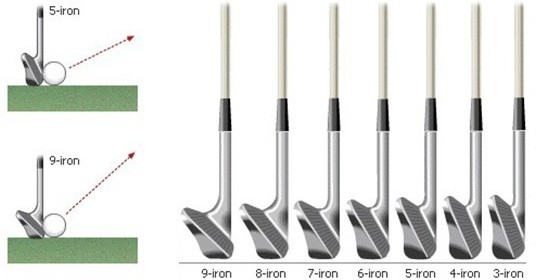 Very simplified you can say that a player who hit the ball loose should have a higher degree of loft. It doesn’t have to be like that because like I said it has many factors that matters.

There are other wood clubs to put in the bag. These are numbered from 2 to 11 (driver is NR 1) Higher numbers mean higher loft. Standard golf sets that are sold is often with a wood 3 and wood 5. But it can be a good idea to put in a 7 or even more lofted clubs.

Here is a chart with examples of loft degrees on the clubs.

The advantage is that clubs with more loft is namely that they are easier to hit straight with, which is often more important and to hit the ball long. 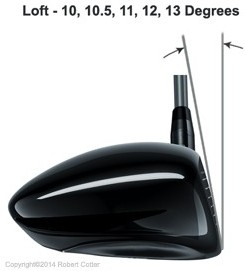 Clubs with numbers over 1 is also called fairway woods because they are used to hitting on the fairway. It’s OK using this clubs on the Tee with higher numbers, which is often recommended when the risk is smaller to have a bad strike.

The next club that we will look at is the iron clubs. The name come from the fact that the club head is made of metal.

These are the clubs that generally are used to hit from par 3 holes and stands for the most strokes. Clubs of this kind are different from the wood clubs as we looked on before. 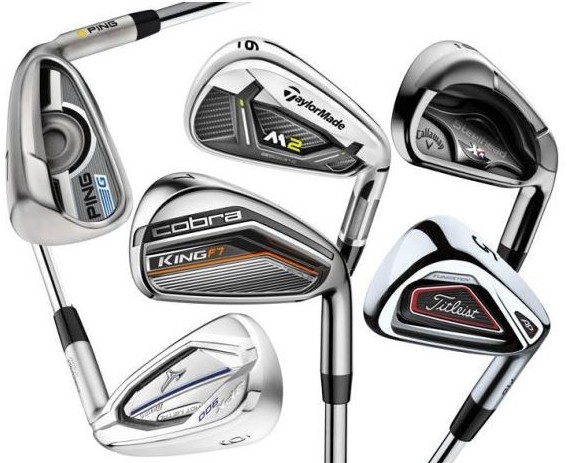 Club head is available in different designs were the big difference is which player they are made for The classic type is called blade clubs, but are not the clubs you are looking for because they focus on the better players.

What you need is game enhanced clubs instead. These are the clubs that are constructed in a way that it will help the player to get as good hit as possible. Exactly how it works in technical terms is not very interesting. Then there are downsides with these clubs to but for beginners they are the best option. 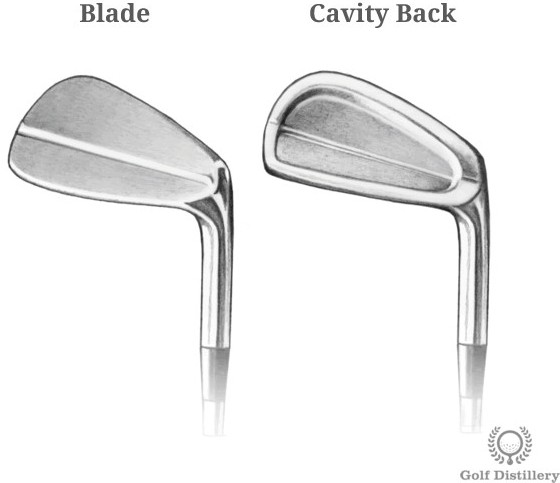 Iron clubs is like the wood clubs numbered and there is numbers from 1-9 (higher numbers equals higher loft) Then there are other clubs with even higher loft, they are called wedges even if they are not iron clubs.

Here is a video on Club Fitting

A breakdown for the iron clubs are long, medium and short irons. The longer are 2-4 and as the name suggests they will send the ball pretty far. However, these clubs are hard for beginners (and even accustomed players) why wood clubs with high loft or hybrids can be used as replacement depending on the lie of the ball. 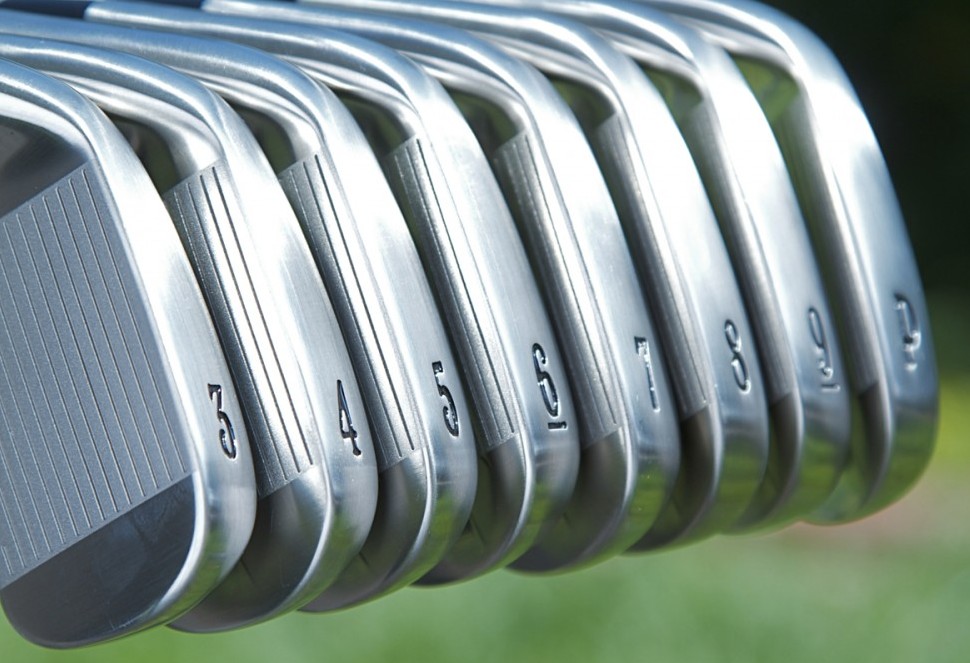 Most players can hit with mid irons and short irons and will not need replacement clubs. Irons are also called all round clubs because you can use the anywhere. Then we are speaking from Tee and in the middle of the forest.

You will learn which club that fits you depending on the lie off the ball.

As described earlier wedges are irons but you usually talk about them as it’s own club type. These clubs are used for very short approaches, hits from bunkers, tricky positions and so on.

When there is a lot of lofts on the clubs and the shafts are short the ball goes in a high trajectory but not very far. That’s a function that is needed when the ball should be hit near the green. It’s also the clubs that are easiest to aim with. 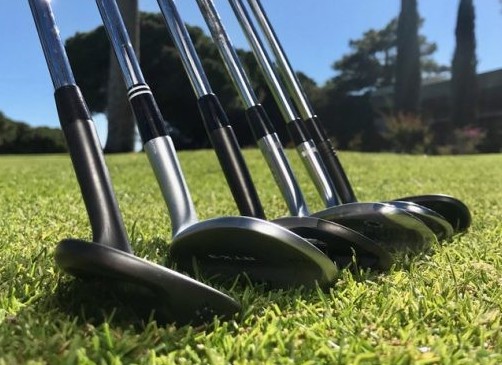 There is two different ways to term wedges and that’s either after loft or with name like (PW) “gap wedge (GW) “sand wedge” (SW) or lob wedge (LW) These names give a hint to what they are used for. The pitching wedge is the club you will hit the longest with and has about 48 degrees of loft. The wedges with the lowest degrees are the lob wedges and can have 60-64 degrees in loft. 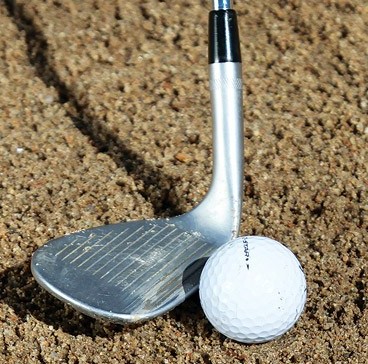 As a beginner it’s not common to have these clubs in your bag. You

When you played golf for a while you will know if there needs to be any changes to be done or if any club is missing.

This is the club that you will have the most strokes with. The putter is used on the green and next to it. You will with a great probability just use this club 30-40 times per round. Because you average about two putts per hole and it is 18 holes so that’s 36 times per round if you will keep that average. 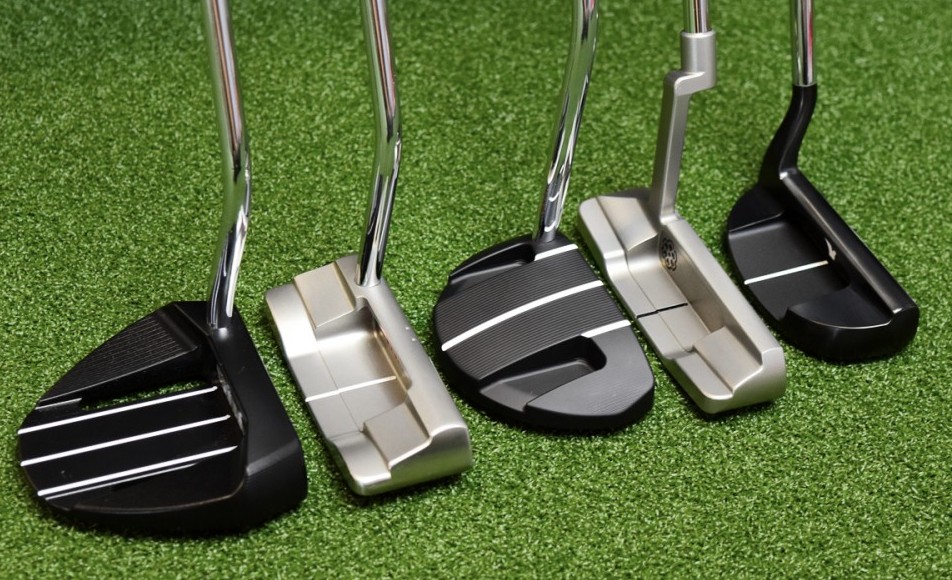 Hopefully you will putt better and put it in the first time and don’t have using it so often. A putter can look different as you can see in the picture. Everything from classic putters to modern clubs that looks like they come from space. You can’t say straight away which type of putter that are best for a beginner.

Putters is about feel.

Go to a shop and try to feel what is best for you. As I said there is a lot of feel in a putter which means that nothing says that a cheap putter can’t be good as an expensive one. If you have confidence in your putter you will probably will do a good job regardless what the price tag is.

The last club that we will look at is the type that are called hybrids. Clubs of this type are relatively new on the market. The idea is pretty simple when it’s going to help a player to hit with some type of clubs.

That’s why they generally be very good for beginners.

If you will explain in short terms what a hybrid is you can say it’s a mix between a wood club and an iron club. You have taken the ability to hit the ball as in the wood clubs and mix it with the aim from the iron clubs. 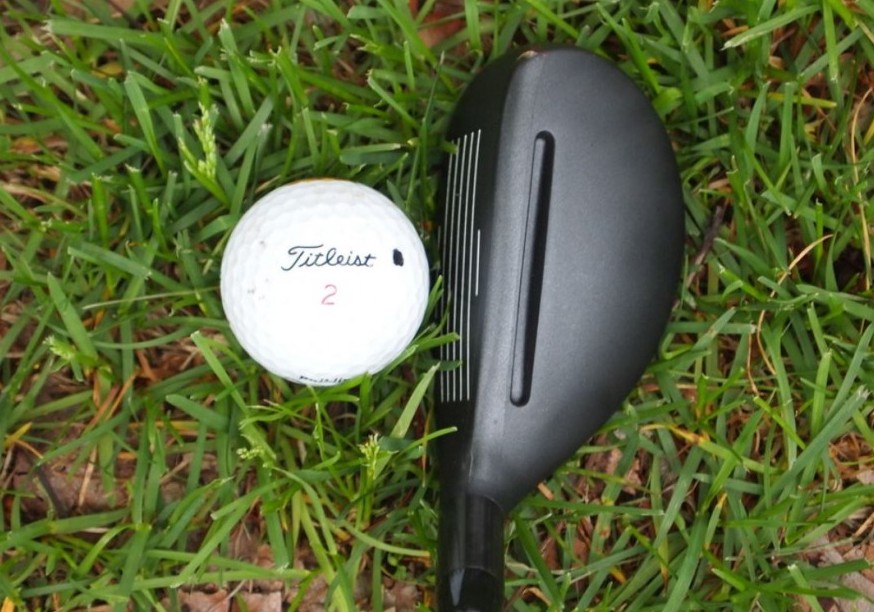 The sum is a club that’s forgiving and help your game.

The most common is that the hybrid replace the iron clubs 3-5 and even higher. Then it should be said that there I whole sets that contains hybrid clubs. In these sets are the clubs with lower numbers exactly as the other hybrids and those with higher numbers starting to look like regular clubs and wedges.

These sets can be good for ladies and gentlemen seniors that just started to play golf.

Loft on the club head

have spoken about loft in several occasions in this article but I will explain why loft is important and why it’s better with more loft that low.

Loft is the angle which the club head have. You can say that more loft will make it easier to hit the ball good. What happens when you hit the ball good with a club with more loft is that it creates more back spin (ball rotates backwards while in the air) Here is a video below explaining 🙂

Back spin makes the ball go high and have the effect to reduce side spin. Side spin is the reason why the ball can slice (go sideways)

A player that have a fast swing should have a stiffer shaft. And a slower swing shall have a softer shaft. 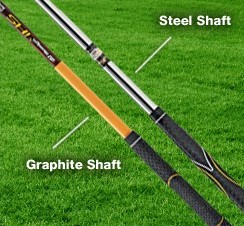 When you will buy your first set of clubs its not necessary to buy expensive clubs. The first time when you play its about learning to play and the its not a big deal. The clubs should be of quality and easy to play with.

So my tip is to buy a beginner set of clubs.

If you have any questions i will be happy to answer them below. Good luck! 🙂

Disclosure: Some of the links in this post are affiliate links, meaning that if you click on one of the links and purchase an item, we may receive a commission. All opinions however are our own and we do not accept payments for positive reviews.
Please support this website by adding us to your whitelist in your ad blocker. Ads are what helps us bring you premium content! Thank you!